All are cordially invited. For date, time and link and other details as below: 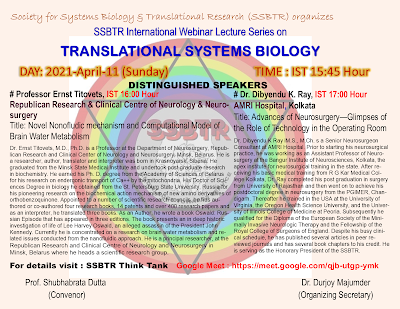 Title : Advances in Neurosurgery- Glimpses of the Role of Technology in the Operating Room
Abstract : There has been rapid advancements in the use of technology in the operating room by neurosurgeons all over the world. The nature of the biology of the central nervous system in humans is such that being permanent cells, the neurons do not regenerate. Neurosurgeons have been aware of the critical nature and biology of the tissues they deal with and have therefore been at the forefront in adapting new technology to benefit their patients. The technological revolution in neurosurgery has been fueled as much by the developments in computer technology and connectivity as by the advancements in material science and precision engineering. The seminar deals with the use of certain available equipment to demonstrate how clinicians and surgeons have adapted technology to positively impact and improve the lives of their patients.
Bio-sketch : Dr. Dibyendu K Ray M.S., M.Ch. (Neurosurgery) is a Senior Neurosurgeon Consultant at AMRI Hospital. Prior to starting his neurosurgical practice, he was working as an Assistant Professor of Neurosurgery at the Bangur Institute of Neurosciences, Kolkata, the apex institute for neurosurgical training in the state. After receiving his basic medical training from R G Kar Medical College Kolkata, Dr. Ray completed his post graduation in surgery from University of Rajasthan and then went on to achieve his postdoctoral degree in neurosurgery from the PGIMER, Chandigarh. Thereafter he trained in the USA at the University of Virginia, the Oregon Health Science University, and the University of Illinois College of Medicine at Peoria. Subsequently he qualified for the Diploma of the European Society of the Minimally Invasive Neurologic Therapy and the Fellowship of the Royal College of Surgeons of England. Despite his busy clinical schedule, he has published several articles in peer reviewed journals and has several book chapters to his credit. He is serving as the Honorary President of the Society for Systems Biology & Translational Research (SSBTR). 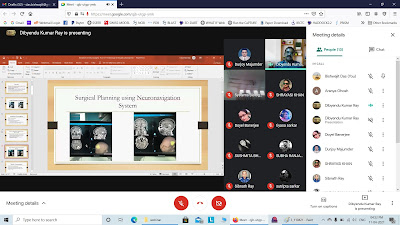 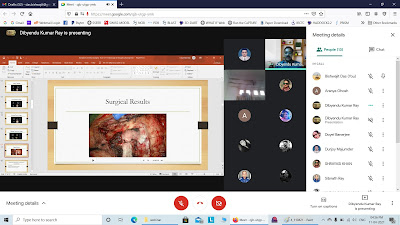 # Speaker : Professor Ernst Titovets --- Cancelled and will be rescheduled
Title : Novel Nanofluidic Mechanism and Computational Model of the Brain Water Metabolism
Abstract : Brain water metabolism ensures the processes of cellular communication, transit of the signaling molecules, neurotransmitters, cytokines and substrates, participates in the clearance of pathogenic metabolites. Many neurological conditions that present serious clinical problems arise from altered fluid flow (e.g. Alzheimer’s disease, idiopathic normal pressure hydrocephalus, migraine, traumatic brain injury and stroke). At present, the orthodox theory fails to explain the accumulated experimental evidence and clinical data on the brain water metabolism. Modeling becomes an important approach to testing current theories and developing new working mechanisms.
A novel computational model of brain water metabolism has been developed and explored. Using an interdisciplinary approach the long-recognized nano-dimentionality of the brain interstitial space is viewed as a nano-fluidic domain with the fluid flow there governed by the slip-flow principles of nano-fluidics. Aquaporin-4 (AQP4) of the astrocyte endfeet membranes ensures kinetic control over water movement across the blood-brain barrier. The pulsatory intracranial pressure presents the driving force behind the transcapillary water flow. The model demonstrates good predictability in respect to some physiological features of brain water metabolism and relevance in explaining clinical conditions. The model may find its use in neuro-biological research, development of the AQP4-targeted drug therapy, optimization of the intrathecal drug delivery to the brain tumours, in a research on a broad spectrum of water-metabolic-disorder-related conditions.
Bio-sketch : Professor Ernst Titovets, M.D., Ph.D. holds a position of Professor at the Department of Neurosurgery, Republican Research and Clinical Center of Neurology and Neurosurgery, Minsk, Belarus. He is a researcher, author, translator and interpreter was born in Krasnoyarsk, Siberia. He graduated from the Minsk State Medical Institute and undertook post-graduate research in biochemistry. He earned his Ph. D. degree from the Academy of Sciences of Belarus for his research on endergonic transport of Ca++ by the mitochondria. His Doctor of Sciences Degree in biology he obtained from the St. Petersburg State University, Russia for his pioneering research on the biochemical action mechanism of new amino derivatives of orthobenzoquinone. Appointed to a number of scientific research councils, he has authored or co-authored four research books, 14 patents and over 400 research papers and as an interpreter, he translated three books. As an Author, he wrote a book Oswald: Russian Episode that has appeared in three editions. The book presents an in deep historic investigation of life of Lee Harvey Oswald, an alleged assassin of the President John Kennedy. Currently he is concentrated on a research on brain water metabolism and related issues conducted from the nanofluidic approach. He is a principal researcher, at the Republican Research and Clinical Centre of Neurology and Neurosurgery in Minsk, Belarus where he heads a scientific research group.