Some opinion of Rolf M. Zinkernagel for those who want to venture into newer fields of biomedical branch

Some notable facts are very important as reflected in the comments by Rolf. M. Zinkernagel

Here some opinion of him is important for those who want to venture into new fields of biomedical branch.

We are given to understand that you had difficulty in getting a postdoctoral position despite applying to as many as 50 institutions. A disappointment of this magnitude could possibly annihilate even the most spirited aspirants.
That's just normal! You must realize that nobody is waiting for you. Why do we go to an institution? We do that to learn, to gain more experience and knowledge. Sure it was busy with all of the rejections because I had to keep applying without a stable position, but it was normal. Just set your goals; keep a
straight mind; and address the principal question that you are trying to answer.

How about disagreements from the scientific community about your work?
Disagreement is normal. It takes some time for hypotheses and even results to be accepted. However, getting published in journals, such as Nature, does provide reassurance. There is an entire article on comments counter arguing the opinions that I had published in an issue of the Scandinavian Journal of Immunology. However, I am never worried about the hypotheses that I publish because many of these are testable.

Do you believe that being in big institutions ( such as the Ivy League institutes) enhances the prospects of one winning the Nobel Prize as against, say, being the head of a smaller laboratory early in your life?
There is no such standard rule, provided that you have the facilities needed to carry out your research. At the end of the day, you simply need to be lucky. You can get lucky in a small institution or a big one. When Peter and I were working on solving the problems of MHC-restricted immune T-cell recognition, the Eureka moment came in Canberra, Australia. It was so unexpected, so serendipitous, that the most important thing we did was not to miss it! Had we not discovered it, somebody else would have surely done so sooner or later. Discoveries can occur anywhere.

===> Note: It was the 3rd volume of the Journal [Characteristics of the interaction in vitro between cytotoxic thymus-derived lymphocytes and target monolayers infected with lymphocytic choriomeningitis virus, Scan J Immunol, 1974, 3:287-94] and in the following year another publication in the 1st volume of Lancet, [A biological role for the major histocompatibility antigens, Lancet 1975, 1:1406-9]. Possibly at that that time, corporate culture had not pervade into the academy of science. In present scenario the journal could not have indexing status and as par UGC journal criteria that pioneering scientist would not able to pursue his further research and hence, such fundamental discoveries would not be possible in India due to existing academic policy of Indian science. Let's see what are big difference with respect to the development of bio-medical scenario in Indian context.

Does medical education equip one better to deal with the challenges of research?
You need both. Laboratory work teaches you to be more analytic in your approach. By studying medicine, you realize the importance of quality control, and can better apply it. If I were to advise a student, it would be better to get a basic medical background and then acquire molecular skills, for that's much easier. Also when you start off with medicine, the road ahead is wide open: There is a variety of paths that you can pursue.
===> Note: In Indian context diseases are addressed by scientists who do not have any exposure to clinical scenario. Ironically, they holds different policy making bodies. Let's see how it affect the paradigm change.

What advice would you give to students who are at the start of their scientific careers?
You have to make a choice to take big risks, or to safeguard yourself by earning good money. However, you can only make a significant discovery by taking risks, because you will have to go somewhere where no one has gone before. Everybody will give you advice, but I personally believe that once you reach the
age of 16, you don't change. You just pick the suggestions that fit your character. You learn from experience. Pick out the advice that has worked for you early on, and leave out what hasn't.
===> Note: Due to bad policy and poor economic structure Indian students avoid minimal level of risks as risks may impose them to get hand-to-mouth, good money is far away. In most of the academic jobs, there is very stringent bar and reservation system 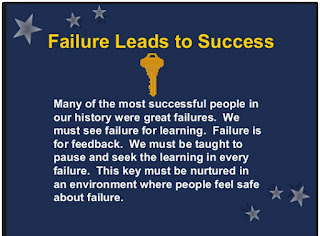 that actually do not nurture for the development of a mind-set to learn from failures.

have been found where several procedures are suggested to identify fake journals. Some of them are as follows:
1. "work in a multidisciplinary way" and no specific objective.
2. charges for publication
3. publish fake science
---
Durjoy Majumder, Ph.D.
Secretary, SSBTR
Posted by SSBTR at 1:02 am No comments:

Ageism "as bad as racism"

Though different persons have different physical and mental and cognitive ability irrespective of biological age. Moreover different works need different maturation time frame to grow specially in scientific research. However in Indian context there is a blunt age bar that actually deny suitable person to get into the academic and scientific research. As a result nation may suffer. Interestingly, the issue is now being discussed in Nature Jobs Blog by Jack Leeming dated 27 Oct 2016.
SSBTR thinks the age bar issue has detrimental effect towards the propagation of multi-/interdisciplinary research. For details please visit Ageism "as bad as racism".
Durjoy Majumder, Ph.D.
Secretary, SSBTR
Posted by SSBTR at 12:07 am No comments: